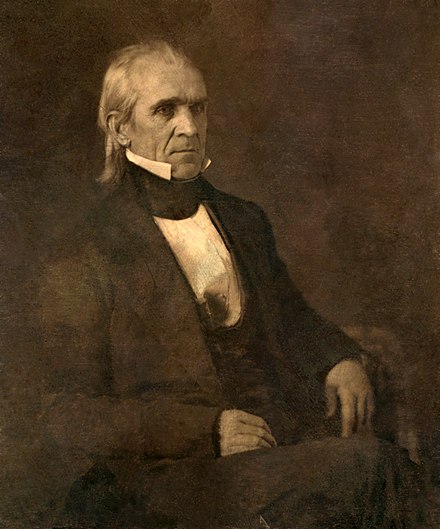 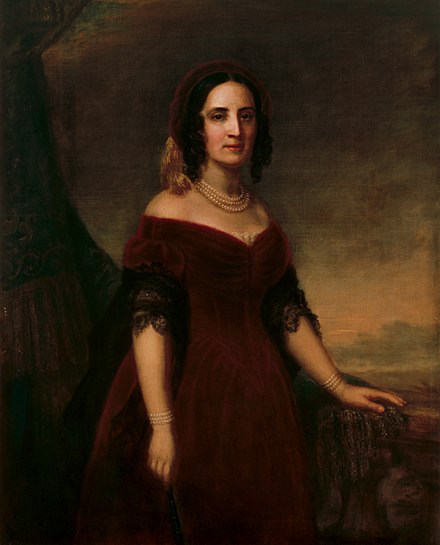 James Knox Polk (November 2, 1795 - June 15, 1849) was the 11th president of the United States, serving from 1845 to 1849. He previously was Speaker of the House of Representatives (1835-1839) and governor of Tennessee (1839-1841). A prot?g? of Andrew Jackson, he was a member of the Democratic Party and an advocate of Jacksonian democracy. Polk is chiefly known for extending the territory of the United States during the Mexican-American War; during his presidency, the United States expanded significantly with the annexation of the Republic of Texas, the Oregon Territory, and the Mexican Cession following the American victory in the Mexican-American War.
After building a successful law practice in Tennessee, Polk was elected to the state legislature (1823) and then to the United States House of Representatives in 1825, becoming a strong supporter of Andrew Jackson. After serving as chairman of the Ways and Means Committee, he became Speaker in 1835, the only president to have been Speaker. Polk left Congress to run for governor of Tennessee; he won in 1839, but lost in 1841 and 1843. ... read more on
(Note: This article uses material from the Wikipedia article "James_Polk", which is released under the  Creative Commons Attribution-Share-Alike License 3.0.)
Comments on President James K. Polk