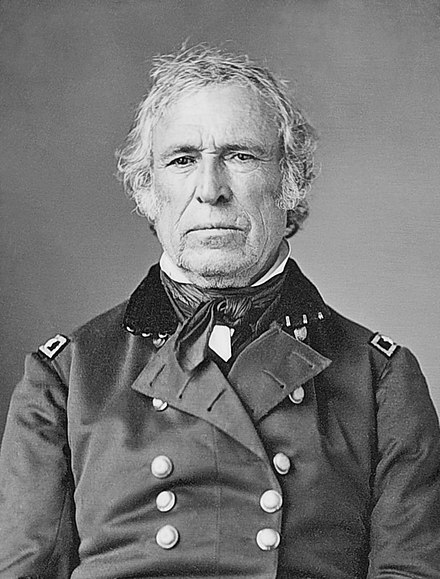 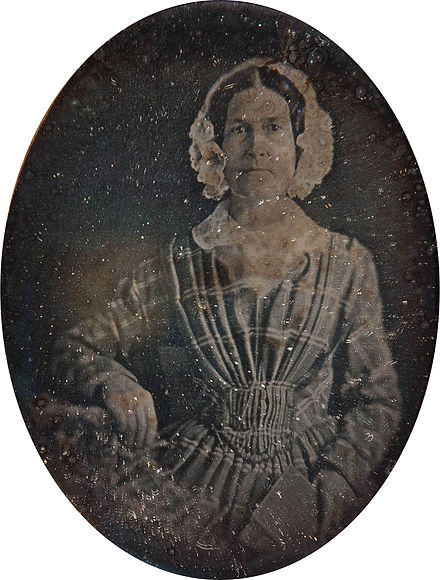 Zachary Taylor (November 24, 1784 - July 9, 1850) was the 12th president of the United States, serving from March 1849 until his death in July 1850. Taylor previously was a career officer in the United States Army, rose to the rank of major general and became a national hero as a result of his victories in the Mexican-American War. As a result, he won election to the White House despite his vague political beliefs. His top priority as president was preserving the Union. He died sixteen months into his term. He made no progress on the most divisive issue in Congress, slavery.
Taylor was born into a prominent family of plantation owners who moved westward from Virginia to Louisville, Kentucky, in his youth. He was commissioned as an officer in the U.S. Army in 1808 and made a name for himself as a captain in the War of 1812. He climbed the ranks, establishing military forts along the Mississippi River and entered the Black Hawk War as a colonel in 1832. His success in the Second Seminole War attracted national attention and earned him the nickname "Old Rough and Ready". ... read more on
(Note: This article uses material from the Wikipedia article "Zachary_Taylor", which is released under the  Creative Commons Attribution-Share-Alike License 3.0.)
Comments on President Zachary Taylor