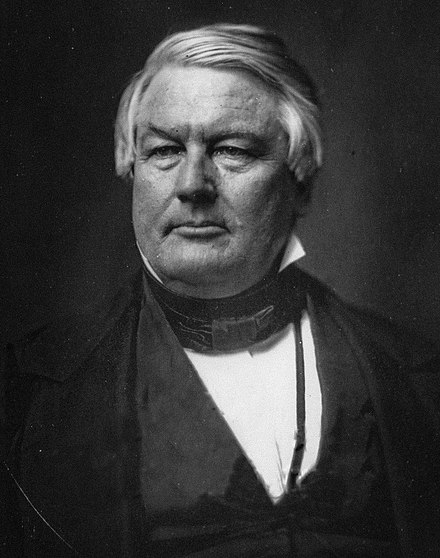 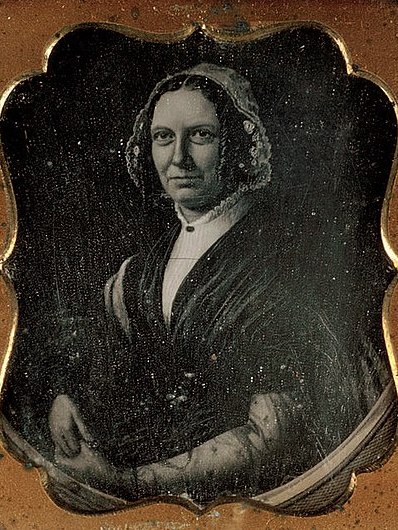 Millard Fillmore (January 7, 1800 - March 8, 1874) was the 13th president of the United States (1850-1853), the last to be a member of the Whig Party while in the White House. A former member of the U.S. House of Representatives from Upstate New York, Fillmore was elected as the 12th US Vice President in 1848, and succeeded to the presidency in July 1850 upon the death of US President Zachary Taylor. Fillmore was instrumental in the passing of the Compromise of 1850, a bargain that led to a brief truce in the battle over the expansion of slavery. He failed to win the Whig nomination for president in 1852 but gained the endorsement of the nativist Know Nothing Party four years later and finished third in the 1856 presidential election.
Fillmore was born into poverty in the Finger Lakes area of New York State, and his parents were tenant farmers during his formative years. Though he had little formal schooling, he rose from poverty by diligent study to become a successful attorney. He became prominent in the Buffalo area as an attorney and politician, and he was elected to the New York Assembly in 1828 and to the House of Representatives in 1832 ... read more on
(Note: This article uses material from the Wikipedia article "Millard_Fillmore", which is released under the  Creative Commons Attribution-Share-Alike License 3.0.)
Comments on President Millard Fillmore