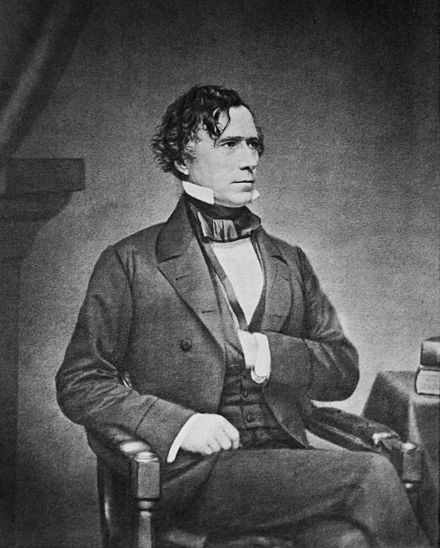 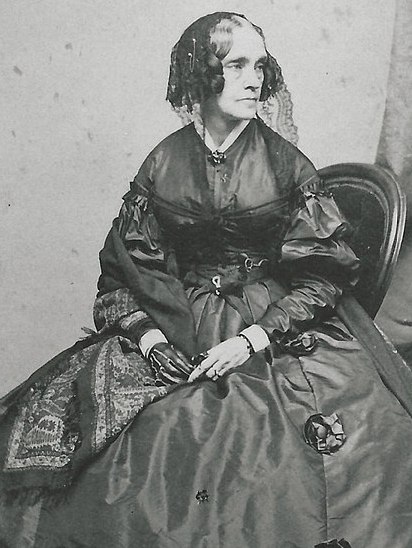 Franklin Pierce (November 23, 1804 - October 8, 1869) was the 14th president of the United States (1853-1857), a northern Democrat who believed that the abolitionist movement was a fundamental threat to the unity of the nation. He alienated anti-slavery groups by supporting and signing the Kansas-Nebraska Act and enforcing the Fugitive Slave Act, yet these efforts failed to stem conflict between North and South. The South eventually seceded and the American Civil War began in 1861.
Pierce was born in New Hampshire. He served in the U.S. House of Representatives and Senate until his resignation in 1842. His private law practice was a success, and he was appointed New Hampshire's U.S. Attorney in 1845. He took part in the Mexican-American War as a brigadier general in the Army. He was seen by Democrats as a compromise candidate uniting northern and southern interests and was nominated as the party's candidate for president on the 49th ballot at the 1852 Democratic National Convention. He and running mate William R. King easily defeated the Whig Party ticket of Winfield Scott and William A. Graham in the 1852 presidential election. ... read more on
(Note: This article uses material from the Wikipedia article "Franklin_Pierce", which is released under the  Creative Commons Attribution-Share-Alike License 3.0.)
Comments on President Franklin Pierce