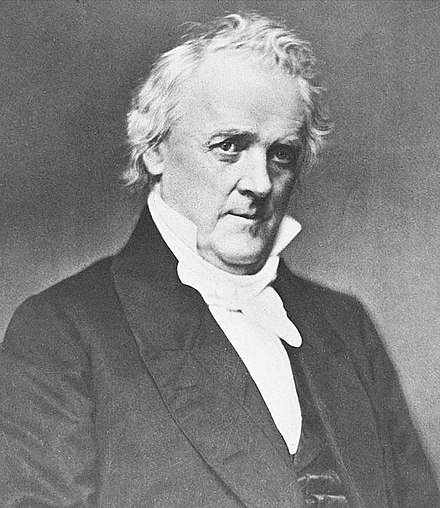 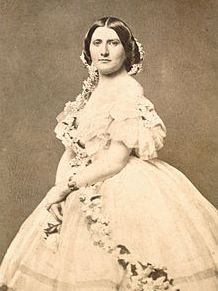 ​
James Buchanan Jr. (April 23, 1791 - June 1, 1868) was an American lawyer and politician who served as the 15th president of the United States (1857-1861). He previously served as Secretary of State (1845-1849) and represented Pennsylvania in both houses of the U.S. Congress. He was a states' rights advocate, and minimized the role of the federal government in the nation's final years of slavery. Historians condemn Buchanan for not addressing the issue of slavery, and not forestalling the secession of the southern states over it, and he is consistently rated by scholars as among the nation's worst presidents.
Buchanan was a prominent lawyer in Pennsylvania and won his first election to the state's House of Representatives as a Federalist. In 1820, he was elected to the U.S. House of Representatives and retained that post for 11 years, aligning with Andrew Jackson's Democratic Party. He served as Jackson's Minister to Russia (1832). He won election in 1834 as a U.S. senator from Pennsylvania and also held that position for 11 years. In 1845 he was appointed to serve as President James K. Polk's Secretary of State, and in 1853 he was named as President Franklin Pierce's Minister to the United Kingdom. ... read more on
(Note: This article uses material from the Wikipedia article "James_Buchanan", which is released under the  Creative Commons Attribution-Share-Alike License 3.0.)
Comments on President James Buchanan