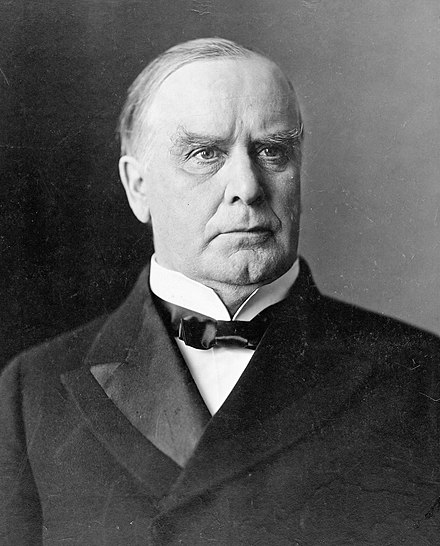 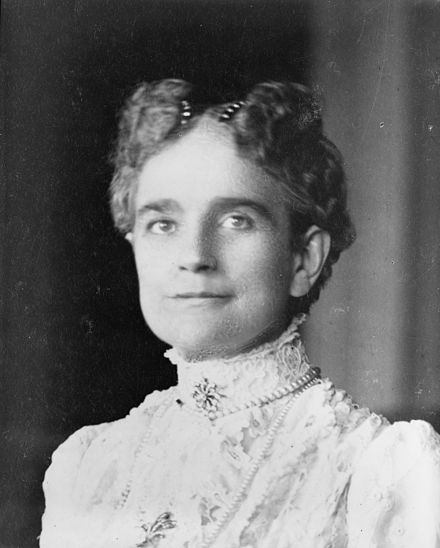 William McKinley (January 29, 1843 - September 14, 1901) was the 25th president of the United States from 1897, until his assassination in 1901. During his presidency, McKinley led the nation to victory in the Spanish-American War, raised protective tariffs to promote American industry, and kept the nation on the gold standard in a rejection of the expansionary monetary policy of free silver.
McKinley was the last president to have served in the American Civil War and the only one to have started the war as an enlisted soldier, beginning as a private in the Union Army and ending as a brevet major. After the war, he settled in Canton, Ohio, where he practiced law and married Ida Saxton. In 1876, he was elected to Congress, where he became the Republican Party's expert on the protective tariff, which he promised would bring prosperity. His 1890 McKinley Tariff was highly controversial and, together with a Democratic redistricting aimed at gerrymandering him out of office, led to his defeat in the Democratic landslide of 1890. He was elected governor of Ohio in 1891 and 1893, steering a moderate course between capital and labor interests. With the aid of his close adviser Mark Hanna, he secured the Republican nomination for president in 1896 amid a deep economic depression. ... read more on
(Note: This article uses material from the Wikipedia article "William_McKinley", which is released under the  Creative Commons Attribution-Share-Alike License 3.0.)
Comments on President William McKinley