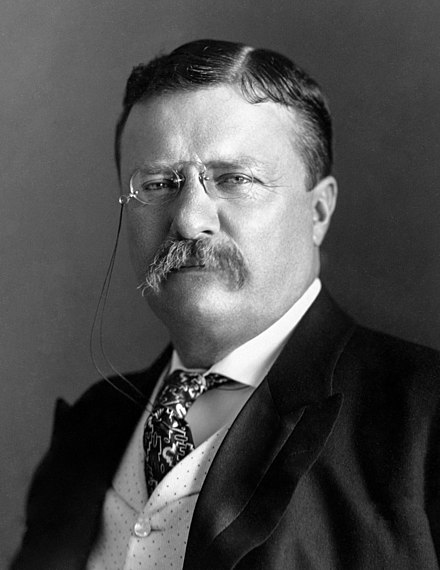 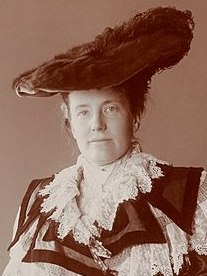 Theodore Roosevelt Jr. (October 27, 1858 - January 6, 1919), often referred to as Teddy Roosevelt or his initials T. R., was an American statesman, conservationist, naturalist, historian and writer, who served as the 26th president of the United States from 1901 to 1909. He previously served as 33rd governor of New York from 1899 to 1900 and the 25th vice president of the United States from March to September 1901. Roosevelt emerged as a leader of the Republican Party and became a driving force for the anti-trust policy while supporting Progressive Era policies in the early 20th century. His face is depicted on Mount Rushmore alongside George Washington, Thomas Jefferson, and Abraham Lincoln.
Roosevelt was a sickly child with debilitating asthma, but he overcame his health problems by embracing a strenuous lifestyle, as well as growing out of his asthma naturally in his young adult years. He integrated his exuberant personality, a vast range of interests and world-famous achievements into a "cowboy" persona defined by robust masculinity. He was home-schooled and began a lifelong naturalist avocation before attending Harvard College. ... read more on
(Note: This article uses material from the Wikipedia article "Theodore_Roosevelt", which is released under the  Creative Commons Attribution-Share-Alike License 3.0.)
Comments on President Theodore Roosevelt