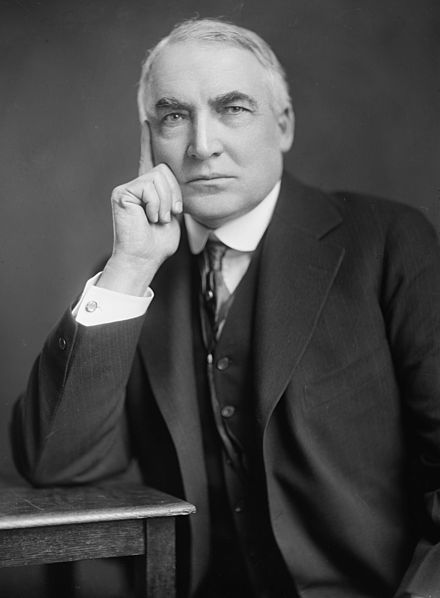 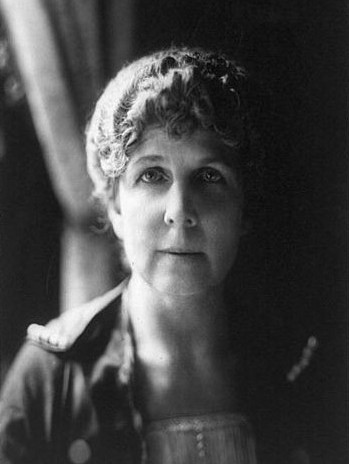 Warren Gamaliel Harding (November 2, 1865 - August 2, 1923) was the 29th president of the United States from 1921 until his death in 1923. A member of the Republican Party, he was one of the most popular U.S. presidents to that point. After his death, a number of scandals?including Teapot Dome?came to light, as did his extramarital affair with Nan Britton; each eroded his popular regard.
Harding lived in rural Ohio all his life, except when political service took him elsewhere. As a young man, he bought The Marion Star and built it into a successful newspaper. In 1899, he was elected to the Ohio State Senate; he spent four years there, then was elected lieutenant governor. He was defeated for governor in 1910, but was elected to the U.S. Senate in 1914. He ran for the Republican nomination for president in 1920, and he was considered a long shot until after the convention began. The leading candidates could not gain the needed majority, and the convention deadlocked. Harding's support gradually grew until he was nominated on the tenth ballot. He conducted a front porch campaign, remaining for the most part in Marion and allowing the people to come to him, and running on a theme of a return to normalcy of the pre-World War I period. He won in a landslide over Democrat James M. Cox and the then imprisoned Socialist Party candidate Eugene Debs and became the first sitting senator to be elected president. ... read more on
(Note: This article uses material from the Wikipedia article "Warren_Harding", which is released under the  Creative Commons Attribution-Share-Alike License 3.0.)
Comments on President Warren G. Harding