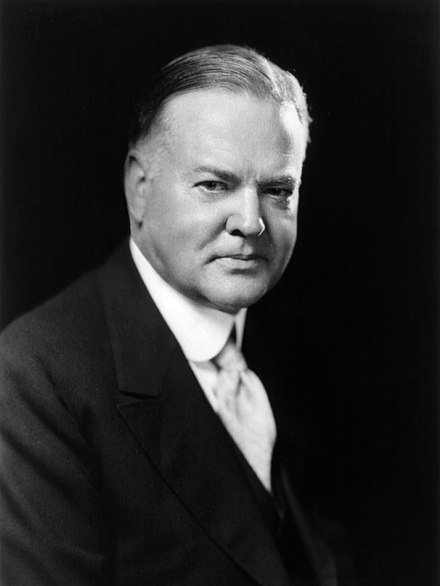 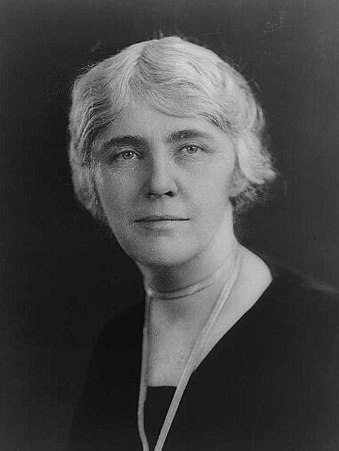 Herbert Clark Hoover (August 10, 1874 - October 20, 1964) was an American politician, businessman, and engineer, who served as the 31st president of the United States from 1929 to 1933. A member of the Republican Party, he held office during the onset of the Great Depression. Before serving as president, Hoover led the Commission for Relief in Belgium, served as the director of the U.S. Food Administration, and served as the third U.S. Secretary of Commerce.
Hoover was born to a Quaker family in West Branch, Iowa. He took a position with a London-based mining company after graduating from Stanford University in 1895. After the outbreak of World War I, he became the head of the Commission for Relief in Belgium, an international relief organization that provided food to occupied Belgium. When the U.S. entered the war, President Woodrow Wilson appointed Hoover to lead the Food Administration, and Hoover became known as the country's "food czar". After the war, Hoover led the American Relief Administration, which provided food to the inhabitants of Central Europe and Eastern Europe. Hoover's war-time service made him a favorite of many progressives, and he unsuccessfully sought the Republican nomination in the 1920 presidential election. ... read more on
(Note: This article uses material from the Wikipedia article "Herbert_Hoover", which is released under the  Creative Commons Attribution-Share-Alike License 3.0.)
Comments on President Herbert Hoover