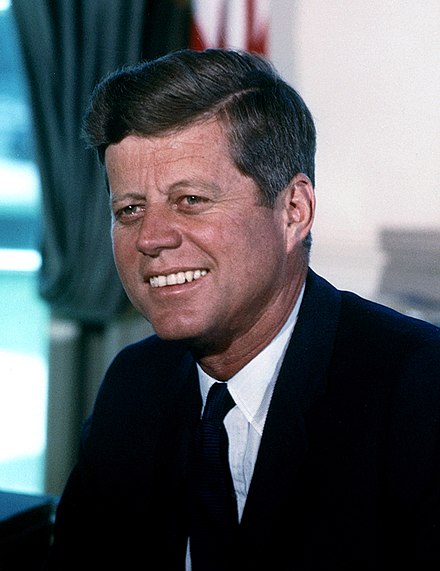 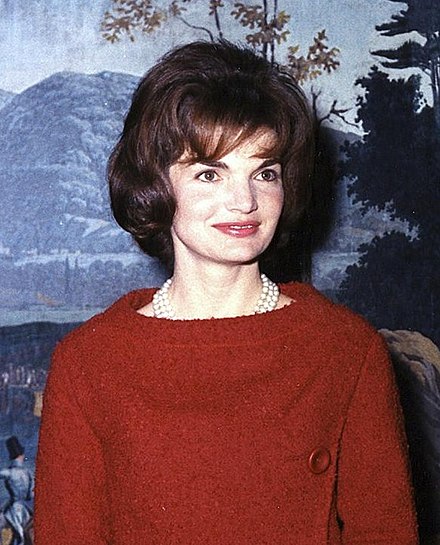 John Fitzgerald Kennedy (May 29, 1917 - November 22, 1963), often referred to by his initials JFK and Jack, was an American politician who served as the 35th president of the United States from January 1961 until his assassination in November 1963. Kennedy served at the height of the Cold War, and the majority of his work as president concerned relations with the Soviet Union and Cuba. A Democrat, Kennedy represented Massachusetts in the U.S. House of Representatives and Senate prior to becoming president.
Kennedy was born into a wealthy, political family in Brookline, Massachusetts. He graduated from Harvard University in 1940, before joining the U.S. Naval Reserve the following year. During World War II, he commanded a series of PT boats in the Pacific theater and earned the Navy and Marine Corps Medal for his service. After a brief stint in journalism, Kennedy represented a working-class Boston district in the U.S. House of Representatives from 1947 to 1953. He was subsequently elected to the U.S. Senate and served as the junior senator for Massachusetts from 1953 to 1960. While in the Senate, Kennedy published his book, Profiles in Courage, which won a Pulitzer Prize. In the 1960 presidential election, he narrowly defeated Republican opponent Richard Nixon, who was the incumbent vice president. Kennedy was the first Catholic elected president. ... read more on
(Note: This article uses material from the Wikipedia article "John_Kennedy", which is released under the  Creative Commons Attribution-Share-Alike License 3.0.)
Comments on President John F. Kennedy