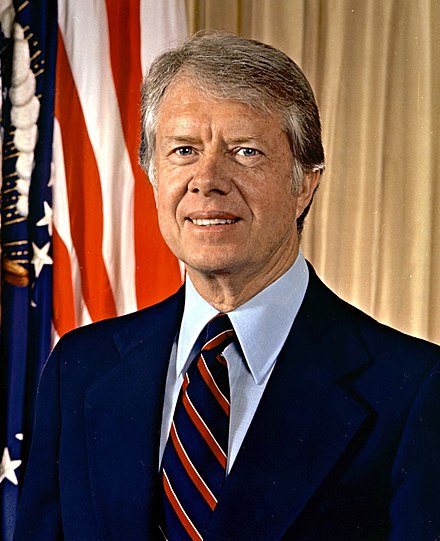 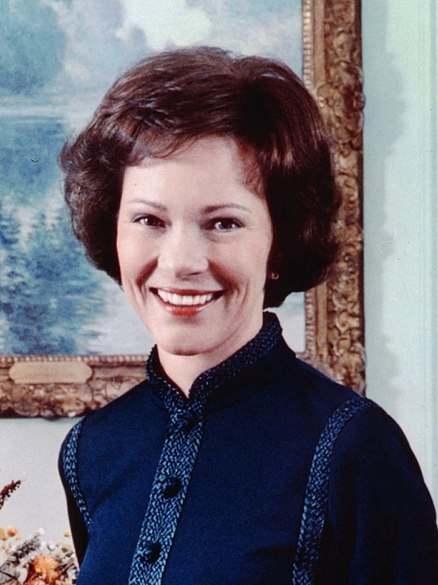 face living First Lady
James Earl Carter Jr. (born October 1, 1924) is an American politician and philanthropist, who served as the 39th president of the United States from 1977 to 1981. A member of the Democratic Party, he previously served as a Georgia State Senator from 1963 to 1967 and as the 76th governor of Georgia from 1971 to 1975. Since leaving the presidency, Carter has remained engaged in political and social projects as a private citizen. In 2002, he was awarded the Nobel Peace Prize for his work in co-founding the Carter Center. Raised in Plains, Georgia, Carter graduated from the United States Naval Academy in 1946 with a Bachelor of Science degree and joined the United States Navy, where he served on submarines. After the death of his father in 1953, Carter left his naval career and returned home to Georgia to take up the reins of his family's peanut-growing business. Carter inherited comparatively little due to his father's forgiveness of debts and the division of the estate among the children. ... read more on
(Note: This article uses material from the Wikipedia article "Jimmy_Carter", which is released under the  Creative Commons Attribution-Share-Alike License 3.0.)
Comments on President Jimmy Carter