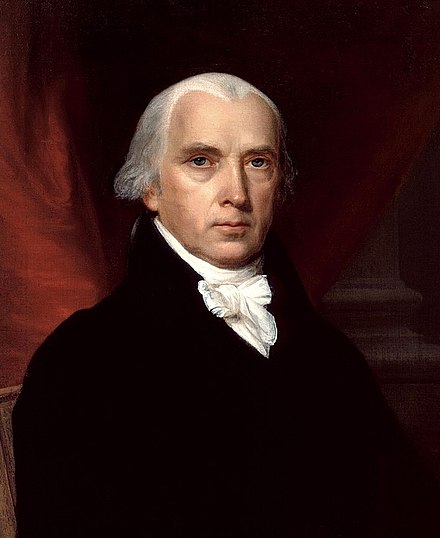 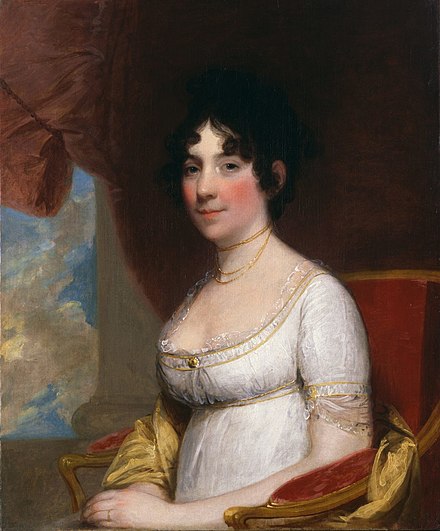 James Madison Jr. (March 16, 1751 - June 28, 1836) was an American statesman, diplomat, expansionist, philosopher, and Founding Father who served as the fourth president of the United States from 1809 to 1817. He is hailed as the "Father of the Constitution" for his pivotal role in drafting and promoting the Constitution of the United States and the United States Bill of Rights. He co-wrote The Federalist Papers, co-founded the Democratic-Republican Party, and served as the fifth United States Secretary of State from 1801 to 1809.
Born into a prominent Virginia planter family, Madison served as a member of the Virginia House of Delegates and the Continental Congress during and after the American Revolutionary War. He became dissatisfied with the weak national government established by the Articles of Confederation and helped organize the Constitutional Convention, which produced a new constitution to supplant the Articles of Confederation. Madison's Virginia Plan served as the basis for the Constitutional Convention's deliberations, and he was one of the most influential individuals at the convention. ... read more on
(Note: This article uses material from the Wikipedia article "James_Madison", which is released under the  Creative Commons Attribution-Share-Alike License 3.0.)
Comments on President James Madison