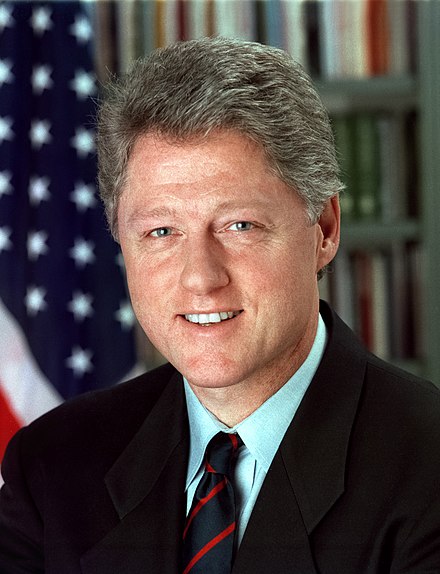 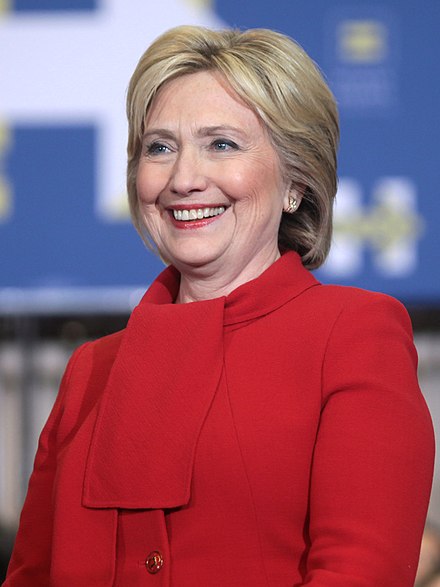 face living First Lady
William Jefferson Clinton (born August 19, 1946) is an American politician and attorney who served as the 42nd president of the United States from 1993 to 2001. Prior to his presidency, he served as governor of Arkansas (1979-1981 and 1983-1992) and as attorney general of Arkansas (1977-1979). A member of the Democratic Party, Clinton was known as a New Democrat, and many of his policies reflected a centrist "Third Way" political philosophy. He is the husband of former secretary of state, former U.S. senator, and two-time candidate for president Hillary Clinton.
Clinton was born and raised in Arkansas and attended Georgetown University, University College, Oxford, and Yale Law School. He met Hillary Rodham at Yale and they were married in 1975. After graduating from law school, Clinton returned to Arkansas and won election as state attorney general, followed by two non-consecutive terms as Arkansas governor. As governor, he overhauled the state's education system and served as chairman of the National Governors Association. Clinton was elected president in 1992, defeating incumbent Republican opponent George H. W. Bush. At age 46, he became the third-youngest president in history. ... read more on
(Note: This article uses material from the Wikipedia article "Bill_Clinton", which is released under the  Creative Commons Attribution-Share-Alike License 3.0.)
Comments on President Bill Clinton