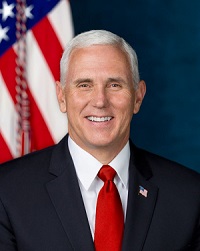 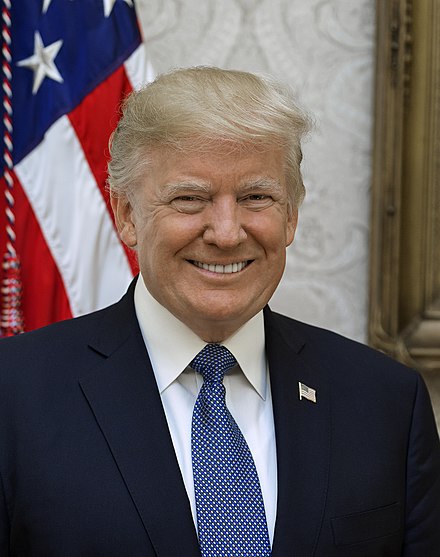 record_voice_over    living President
Michael Richard Pence (born June 7, 1959) is an American politician serving as the 48th and current vice president of the United States since 2017. He was the 50th governor of Indiana from 2013 to 2017 and served six terms in the U.S. House of Representatives from 2001 to 2013.
Pence was born and raised in Columbus, Indiana, and is the younger brother of U.S. representative Greg Pence. He graduated from Hanover College and earned a law degree from the Indiana University Robert H. McKinney School of Law before entering private practice. After losing two bids for a congressional seat in 1988 and 1990, he became a conservative radio and television talk show host from 1994 to 1999. Pence was elected to the U.S. House of Representatives in 2000 and represented Indiana's 2nd and 6th congressional districts from 2001 to 2013. He served as the chairman of the House Republican Conference from 2009 to 2011, the third-highest position in the House Republican leadership. Pence described himself as a "principled conservative" and supporter of the Tea Party movement, saying he was "a Christian, a conservative, and a Republican, in that order". ... read more on
(Note: This article uses material from the Wikipedia article Mike_Pence, which is released under the  Creative Commons Attribution-Share-Alike License 3.0.)
Comments on Vice President Mike Pence