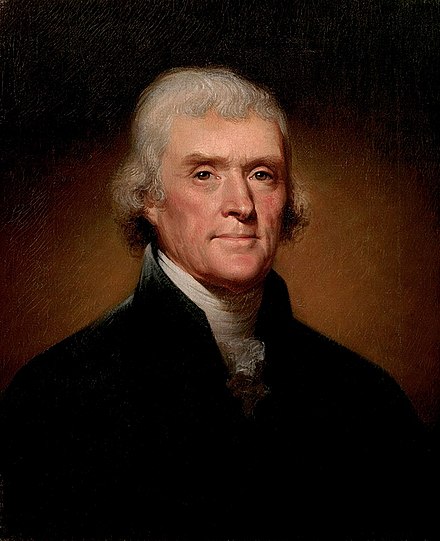 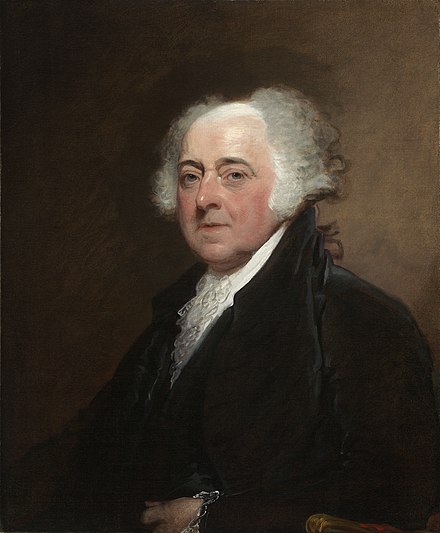 Thomas Jefferson (April 13, 1743 - July 4, 1826) was an American statesman, diplomat, lawyer, architect, philosopher, and Founding Father who served as the third president of the United States from 1801 to 1809. He had previously served as the second vice president of the United States between 1797 and 1801. The principal author of the Declaration of Independence, Jefferson was a proponent of democracy, republicanism, and individual rights, motivating American colonists to break from the Kingdom of Great Britain and form a new nation; he produced formative documents and decisions at both the state and national levels.
During the American Revolution, Jefferson represented Virginia in the Continental Congress that adopted the Declaration of Independence. As a Virginia legislator, he drafted a state law for religious freedom. He served as the second Governor of Virginia from 1779 to 1781, during the American Revolutionary War. In 1785, Jefferson was appointed the United States Minister to France, and subsequently, the nation's first Secretary of State under President George Washington from 1790 to 1793. ... read more on
(Note: This article uses material from the Wikipedia article Thomas_Jefferson, which is released under the  Creative Commons Attribution-Share-Alike License 3.0.)
Comments on Vice President Thomas Jefferson